Power from renewable sources like wind and sun is environmentally friendly, clean and free from carbon dioxide (CO2). Therefore in Germany the market share of power from renewable energies is to be increased considerably in the future in order to make the gradual shutdown of old coal and nuclear power plants possible. 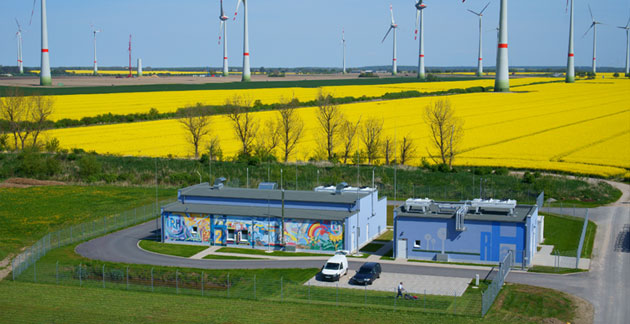 Unfortunately, the sun does not always shine and the wind does not always blow with constant force. On the other side there are times when the wind is blowing so strongly that it is impossible to use up all the generated power. In order to enable us to use clean power at times when it is there abundantly without any need of coal and nuclear power plants even in times of no wind, it is necessary to store the power that was generated from renewable energies.

Hydrogen as a CO2-free storage medium

For this reason, WIND-project has already early started to examine hydrogen as a medium of energy storage. Hydrogen may be generated from water by the so-called electrolysis procedure and then stored indefinitely. In their energy storage plant within the framework of the RH2-WKA scheme, WIND-project has shown that the generation of power from stored hydrogen is safe and stable. Since then, WIND-project has been trying to continuously further develop and enhance the application possibilities and material cycles. On the basis of its characteristics, the named plant belongs to the hybrid power plants that apart from power also allow for the application of gas, thus covering two of the three energy sectors (power, gas, heat). 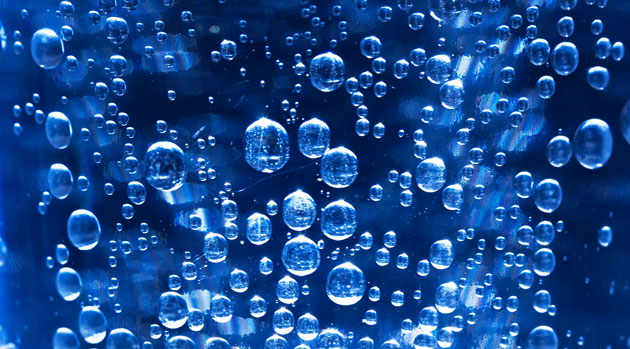 The usage of hydrogen as a storage medium makes it possible to store the power generated from renewable sources free of CO2. In contrast to that, this is not possible in the storage of biogas.

Today, hydrogen is naturally used in different areas of life and work. It is used in the food industry as well as in modern hospitals. Also in energy technology hydrogen has been known for a long time – in the 50s city gas (“Stadtgas”) was used for safe illumination and heating that consisted of 50% hydrogen. 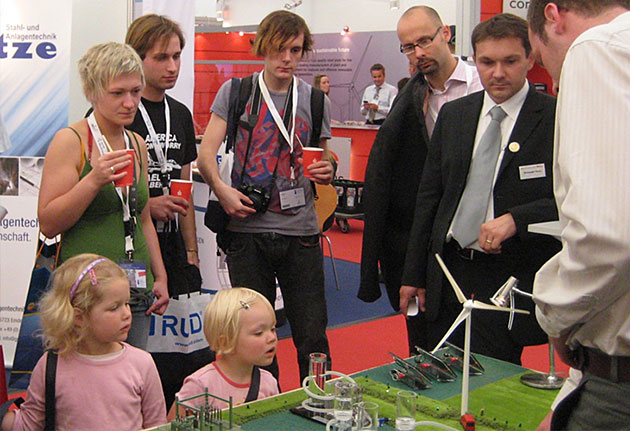 The energy storage plant in Grapzow also fulfils the high legal safety regulations with regard to the handling of fuel gas and additionally offers the possibility of developing the infrastructure for the planned power-to-gas plant.

Hand in hand to joint success.

Planners with a local background for us in Mecklenburg-Western Pomerania.